Got a coupon? Click View Basket below to add it.

FREE UK Delivery
Orders Over £40
Dispatch Next
Working Day
FREE Returns*
No Quibble
Sign Up for 10% Off,
Offers & Updates 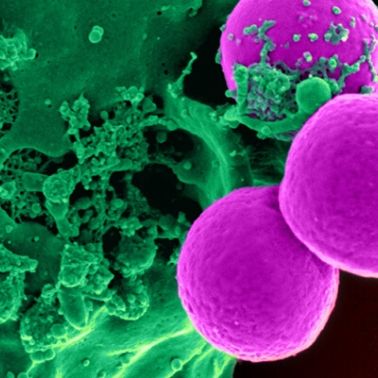 Battling Bacteria – Be Careful How You Clean Your Home

Do we all still think that killing 99.9% of all bacteria is a good thing? Whilst most bacteria are not harmful to humans, animals and the micro flora balance of the environment, should we be killing them just to get at the tiny minority of bacteria that are problematic? Many of the biocides that get washed down our drain can be taken care of by water treatment plants. But what about those that can’t? Where do they end up and what are the effects on the environment? For example, in 2009 the EU imported or manufactured 400,000 tons of biocides.  What is the overall effect of biocides in cleaning of surfaces? There are tests that show that pathogen bacteria can return within less than half an hour.  So, how does this affect us? Well, biocide cleaning can actually be adding to the global problem of anti-microbial resistance (AMR). Small amounts of the biocide and pathogens can be left on a surface after cleaning. This has a similar effect to not finishing a course of antibiotics; the pathogen bacteria not killed off reproduce progeny with an improved resistance to the antibiotic (or biocide cleaning agent) and so contribute to anti-microbial resistance problems. That is why, whilst it sounds like stating the obvious, it is important to invest in cleaning products that will work for you.  By switching to  probiotic based cleaning products, you are helping to work toward reducing this problem little by little. Recent tests showed that biocides need to be 100 times stronger to kill a strain of E-Coli that had built up a resistance compared to a strain that did not. The spiral continues as pathogen bacteria strains become more and more resistant and biocides need to get stronger and stronger.

Plus – this type of cleaning is actually less effective than certain non-biocide cleaning. In critical areas like care homes, hospitals etc. and also hotels and restaurants, this leads, not only to an increase in infection, but actually a risk of infection by a much more resistive strain of pathogen bacteria. Clostridium difficile (also known as C-Diff) has been found to be on the rise in normal, non-medical buildings leading to biocide cleaners needing to be stronger and stronger. Probiotics (health enhancing micro-organisms) have been shown to have substantially better long-term results against pathogen bacteria. They do not leave the way clear for the pathogens to return without competition, and they have no ill effects on the environment or humans and animals. Application by spray also gets the probiotics into the difficult to clean areas to produce an invisible protective layer by simply denying the pathogens of food and space to thrive. When the pathogens die they become food for the human friendly probiotic micro-organisms. Probiotics will help with reducing odours by preventing the growth of the odour causing bacteria in the first place. From an environmental point of view this is in sharp contrast to the masking of odours by application of “air fresheners” which can contain pollutants. The same applies for mould spores etc. I have spoken with medical building managers who say they have water leak problems from dentistry drains because they are being eroded by the ever-increasing strength in chemical cleaners. If these chemical cleaners are eating through drains, what else are they doing to our environment? A recent 10 year study in Europe showed that cleaning industry operatives were 58% more likely to develop lung cancer than their office counterparts (smokers were excluded from the study). Again, the question – if breathing in these chemicals causes these results in humans, what are they doing to the environment? So, with a prevention is better than cure approach, and the use of probiotics rather than harsh chemicals, we can reduce infections from pathogen bacteria and remove a range of chemical pollutants. While we recognise that not all probiotics are the same, replacing biocide and chemical cleaners with natural, sustainable, plant sourced and better performing, probiotics reduces both air and water pollution. ABOUT THE AUTHOR 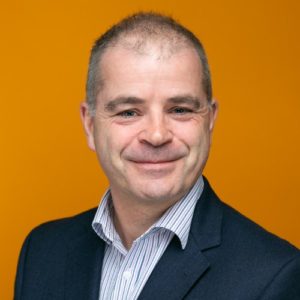 Joe Flanagan is from Ingenious Probiotics and Ingenious Air, providing a healthier indoor environment for work and home.  This article was published by ‘Passion for Fresh Ideas’ by Passion for the Planet on 29th January 2020. Citations: http://chtmag.com/overused-performing-chemical-disinfectants-contributing-biocide-resistance/ https://chemicalwatch.com/9038/biocides-putting-human-health-and-the-environment-first https://www.umweltbundesamt.de/sites/default/files/medien/378/publikationen/texte_53_2015_annex_iii.pdf

Be at the forefront of introducing healthy, Provilan probiotic cleaning and animal care products into your industry. We are looking for like-minded affiliates who share our vision for a safer, healthier, more sustainable world. To find out more, contact us today on +44 1268 544530 or email enquiries@pure-ingenious.com.